“More than 30 years combined experience in the financial industry.”

“More than 30 years combined experience in the financial industry.” 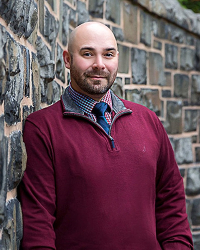 Tom Martin is a sought-after speaker, financial advisor, and author. His work and advice has been featured in Jim Cramer’s TheStreet.com, Business.com, Nerdwallet, Guidevine, Discover, and more. Tom joins the Vaylark team where he previously served as financial advisor at Clear Path Financial Planning, and Waddell and Reed. He provides clients with financial strategies designed to build wealth in a thoughtful and effective manner, and believes also in providing the highest possible level of client service. Tom volunteers on the Leadership Council of Pencils of Promise, a global organization that believes everyone deserves a quality education, as well as serving on the Financial Planner’s Association editorial board, which provides ideas for valuable content for financial planners nationwide. Tom also served in the United States Navy, was the youngest person to earn the surface warfare qualification, and received the Flag Letter of Commendation. Tom resides in Cheshire with his wife, two sons, and his black Lab named Bash.

Our team would be happy to help you with any questions or ideas.Feel free to reach out at anytime.